Reymond Molle was a French soldier in the First World War. During his service he wrote nearly 100 letters to his wife Emma (26 years old), who he left home with their little son Georges (less than 1 year old). Emma carefully kept all of these handwritten letters and postcards for all her life. They have recently been found, typed in, translated to English and posted on lettresdunsoldaten.wordpress.com. 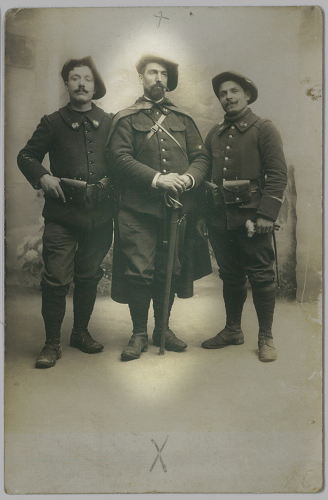 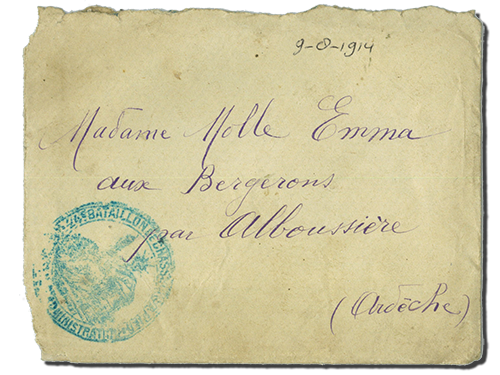 First he was stationed at Villefrance-sur-Mer in France. While his family was in Valence, only about 200km away. A 3,5 hour drive today...

Yet, they have no chance of seeing each other.

Oh! Emma dear, what a shame it is that my battalion is so far away, I would easily be able to pay you a visit, but from here it is just too far. This we must not even think about and you should absolutely not entertain the thought of such a voyage especially at a time like this. Those who are close by go home often, or their wives come to see them. What a change there is in the barracks as compared to when I was on active duty. There are several of these young ladies who come with their babies. Some of them are just like Georges.

In the beginning I had a heavy heart, but now I am glad that there is at least someone who can see his family. There are days where there are about 5 or 6 toddlers walking in front of my door. Although this brings back very strong memories of when I was with the two of you, it makes my stay here a little less sad. 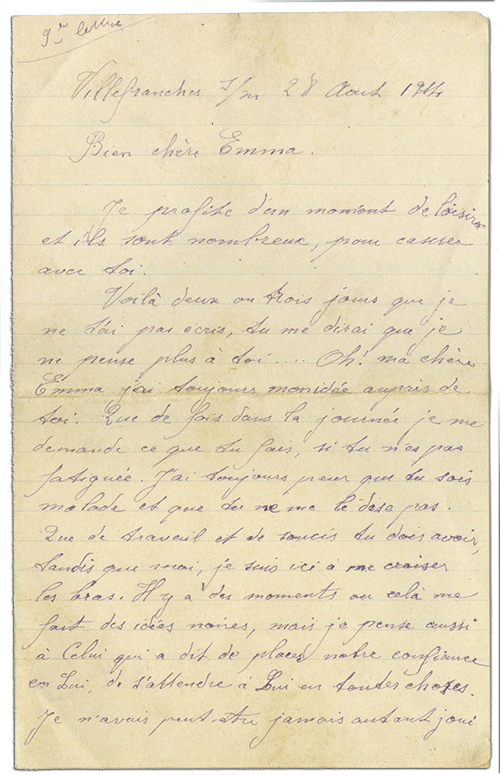 My dearest little wife,
How happy I was to have received news from you. I just received your letters today: one dated the 11th and the other dated 15th August. This makes a total of 3 letters that I received, the first was the one that you posted in Valance on Thursday and I received it on August 17th. Right now, you would not believe how happy I am to know that you have also received mine and to know what we can write to each other. I wrote to you 4 times and today is the 5th time. Please take a note of it so that we can know if they all get to you without any of them getting lost. I thank God for all these blessings. I understand that you are in quite good health and I don’t doubt that you are telling me the truth. Tell me everything that you think about… exactly how you think it (without adjusting it to words). I would be very hurt if I were to find out that you are hiding the truth about the state of your health, or other things, from me... 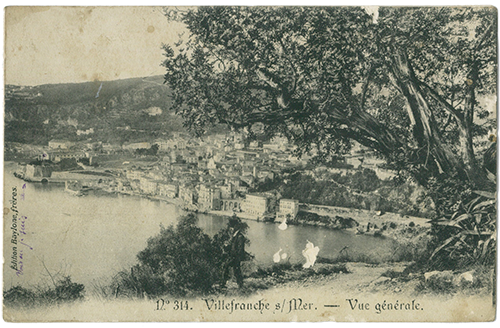 I’m still quite healthy. I think you received my last letter. No change in my functions. Give me some news when you can. Kindest greetings to all...

Affectionate kisses for you, 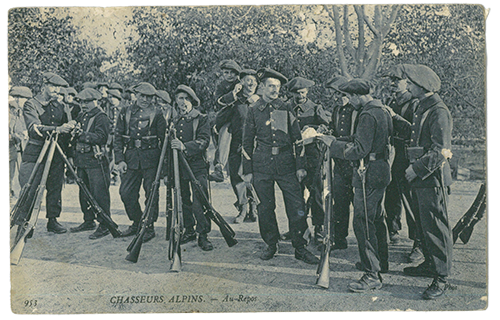 While I await the moment when I can write you a longer letter, I send you this card. It is a few years now since this photo was taken. You will understand better when you look closely at it. Do let me know if you recognize anyone.

Hello from Vignal and from your Reymond an affectionate mimi

8th September, 1914
Villefranche s/Mer 9:30 in the evening
My dear Emma,
[...]
Yesterday I sent you a card, I think you’ve received it. This photograph was taken during my time at the military reserve. I remember it like it was yesterday. But I didn’t think that I would find them again after such a long time. It was Vignal who had seen them first.
[...]
We had to change places, remove the beds and place the mattresses on the floor so that in each room there would be enough space to accommodate more people. We were told that in a few days the men would no longer have mattress because they will be used for caretaking of the wounded. They will once again sleep on the straw. This will be a little harder, but more comfortable than those who sleep under the stars on the battlefield.
[...]
Pourret’s father wrote to me asking for the registration number of his son. I realized that it must be quite a long time since he received anything from him. However, we have not had any reports here at the Unit that he was either dead or missing. Within the next few days I will send them a letter to reassure them again. Goodbye for tonight. It is 10:30 pm. Tomorrow morning if I have the time I will write some more.

Your dear husband who sends you kisses
Reymond


P.s.: If you decide to read them on the mentioned website, I have two tips for you: 1. Do NOT read the introduction at the side of the page if you don't want to know how the story ends. 2. Right click on the text written in italics, choose "Inspect element" and uncheck the check-box next to "font-style: italic;". It's very hard to read that font type otherwise.