Are you the man to command electronic giants? (A little computer history, 1959-1997)

"The advent of the stored-program computer created a profession that had never existed before: "computer programmer". Recruiting and training to meet the growing demand started in the 1950s, but there was no clear test for ability beyond "problem-solving skills", few textbooks to read, and no college courses to take." 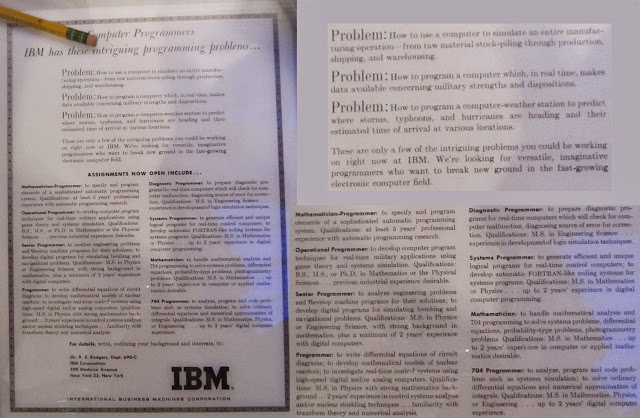 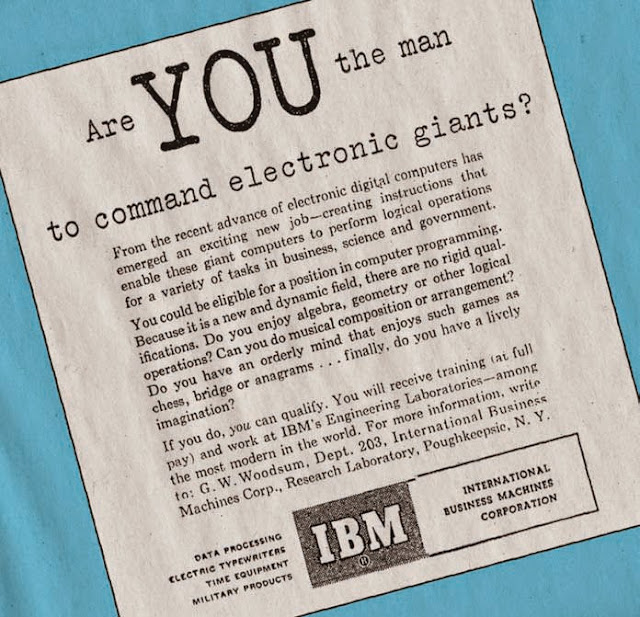 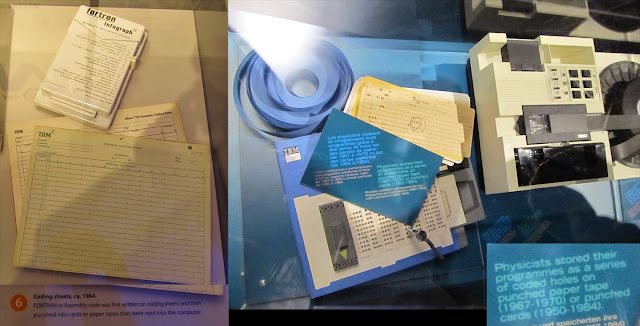 This is an IBM 80-column punched card. Every column represents 1 character (1 byte) so every card can store up to 80 characters (80 bytes). And every card translates to 1 singe line of code. The holes are placed according to the EBCDIC code.

The time when you absolutely had to plan ahead before starting to write code. 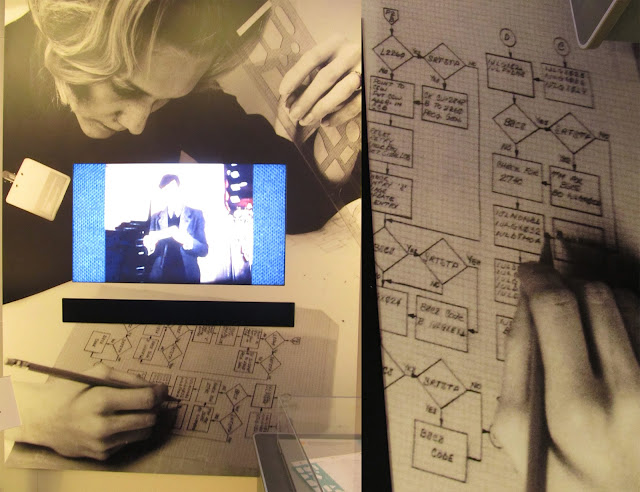 Apple sure has changed a lot since... 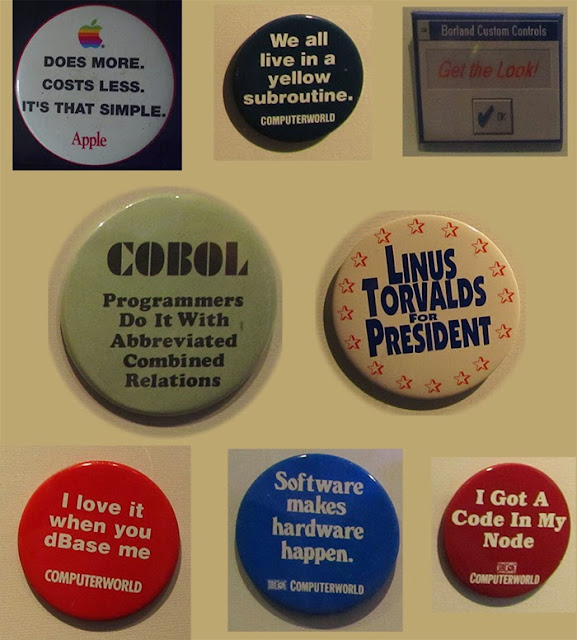 1979, Are you ready to have your first Personal Computer?

And I thought my office space was too small... 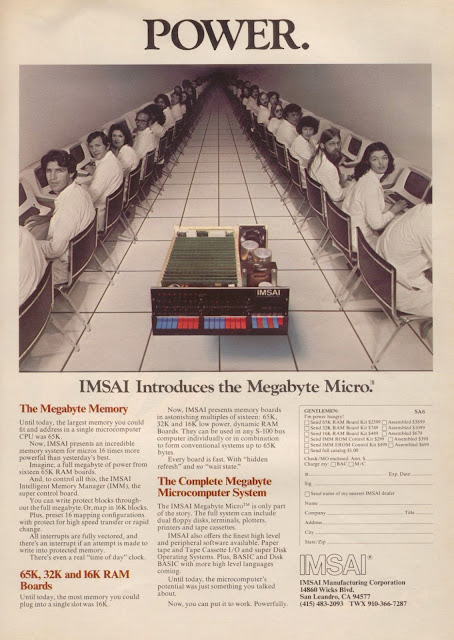 "It doesn't do your thinking for you - it helps you learn to think. Think about it!" 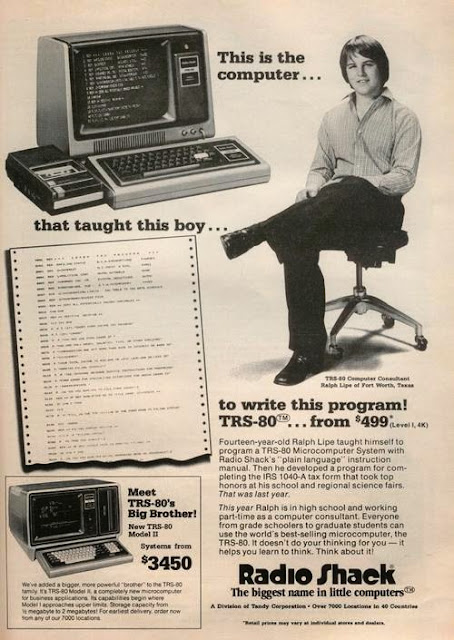 "Research has shown that color conveys information more quickly and effectively than any other visual method." 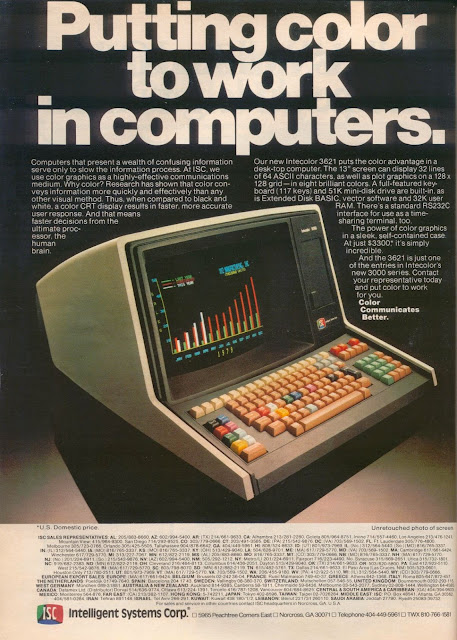 At the end of the 80s, Tim Berners-Lee invented the World Wide Web using this NeXT computer as the first Web server. 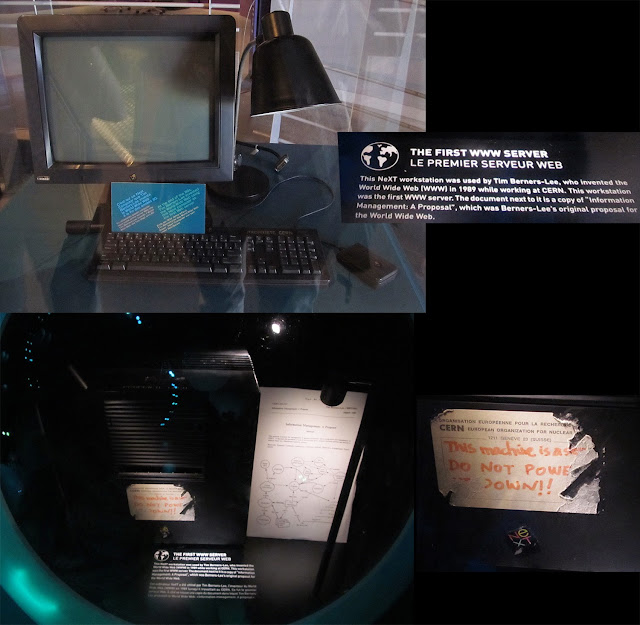 P.s.: The pics where taken in the Computer History Museum, Mountain View, California or at CERN museum, Geneva, Switzerland. Except for the 3 computer advertisements that I found on the internet and the punched card that says napszel on it. ;)
Posted by Napszél at 2/15/2015 11:03:00 PM